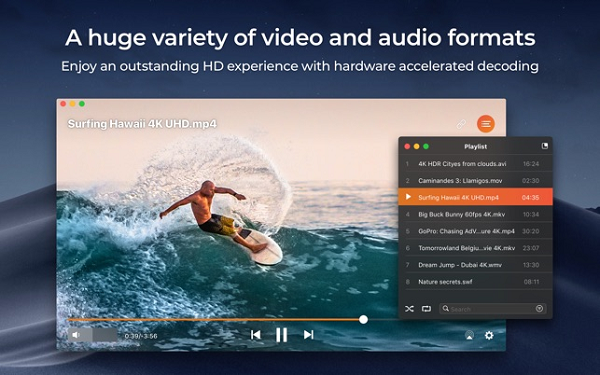 WMV stands for Windows media video. It is a kind of compressed video file format, popular in recent times. Several windows based players support this kind of file format. WMV was developed by Microsoft. One can share WMV files through the internet and emails. Mac users often face difficulty in playing WMV files on their phones. However, they don’t have to worry about it anymore. Fortunately, we have different ways in which we can play WMV files on Mac devices. We have listed below the most convenient options that you can get now:

Flip4Mac, a similar video player like QuickTime lets users play both WMV files and Microsoft SilverLight files on Mac devices. The videos can be played either through any browser or QuickTime player. Once you install the application on your device, you won’t be able to see the icon but when you try to play any WMV file, it will automatically get played without issues. This time, you won’t get any message saying” the software is unable to support the file format”. For playing the WMV file, you have to double click on it and it will start to play in Mac QuickTime Media player.

Flip4 Mac is an amazing option for Mac users. It is equipped with a media component and media player. If you want to edit and convert WMV files into other video formats, you need to pay and get the pro version. The media component supports the WMV files for the QuickTime player, allowing Mac users to enjoy their favourite WMV videos.

Elmedia is a kind of AVI Mac media player and converter. It’s available for free of cost. The best part about Elmedia is that it supports several other video formats like MP4, MOV, WMV, MKV, and many more formats. Not only that, but it also allows users to convert their desired WMV filed into other formats. If you are looking for a free, quick, and effective solution, using the Elmedia player is surely the one.

The third way possible is by converting WMV files to other formats. In recent times, a lot of sites have come up which provide such services. The CloudConvert web application is one such free converter. It supports more than 200 video and audio file formats and another image, document, and archive formats. Using CouldConvert, one can convert their desired WMV file into FLV, MP4, MKV, MOV formats. DocsPal is another free web-based application that lets users convert WMV files into formats that are supported by Mac devices.

To do the conversion, one has to follow the below-mentioned steps:

We have listed the three methods that are extremely helpful in playing WMV files on Mac devices. So no longer do Mac users have to worry anymore.

Things Robots And Humans Do Better Than Each Other

Want To Get Into Affiliate Marketing? Know Your Way Through The...

Things Robots And Humans Do Better Than Each Other

Want To Get Into Affiliate Marketing? Know Your Way Through The...

Interpretation of the Appearance and Function of HONOR Smart Watch